The 2018 National Finals of the New Zealand Schools’ Debating Championships were held from the 25th – 28th of May at Victoria University of Wellington.

Teams competed in seven preliminary round debates on the Friday, Saturday and Sunday at Victoria University’s Pipitea Campus. In the preliminary rounds the teams debated the following topics:

Bay of Plenty and Wellington Gold were also on four wins but tied with the exact same number of speaker points and win points in fifth place.

On Monday morning the semi-finals were held at Queen Margaret College and St Mary’s College.

The motion for the semi-finals was: “this house supports sanctions being imposed on states that develop nuclear weapons programmes.” Auckland Blue defeated Waikato in a 4-1 split decision and Otago-Southland defeated Auckland White in a 2-1 split decision.

The Grand Final was hosted for the first time by Christopher Bishop MP in the Legislative Council Chamber of Parliament. We were delighted to have Justice Kos, President of the Court of Appeal, attend the Grand Final.

The motion for the final was that “This house would require MPs who leave or are expelled from their party caucus to resign from Parliament.”

Otago-Southland affirmed the motion and Auckland Blue negated. After an excellent and very close debate, Auckland Blue were declared the winners in a 4-3 decision.

The best speaker of the Championships was Nicholas Goodman, with Lydia Joseph being named captain of the New Zealand Schools’ Debating Team.

The New Zealand Schools’ Debating Council is grateful to everyone who contributed to making the Championships such a memorable weekend – adjudicators, coaches, chairpeople, and conveners Geneva Roy and Samuel Penno.

Here are the full list of results from Nationals 2018 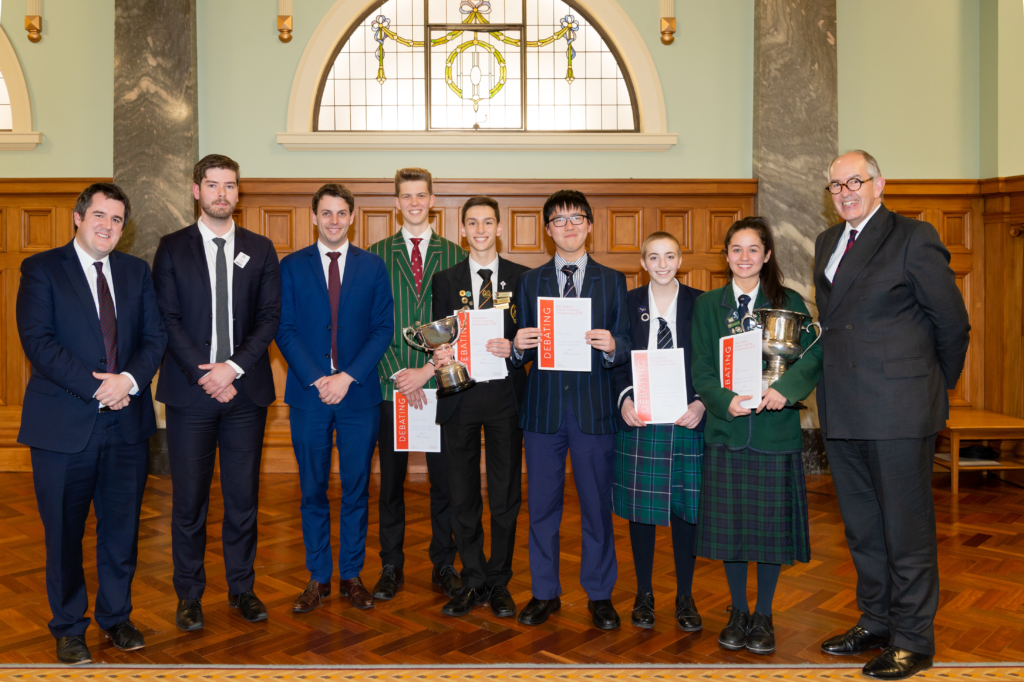